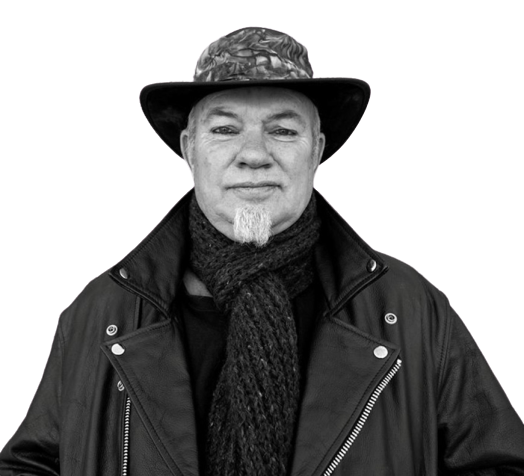 “Musician” is a word that describes Ray Vanderby, but it does not cover the full scope of his experience with all things musical. He is a song writer, composer, producer, director, piano tuner, and a frontman singer. He plays organ, piano, keyboards, and guitar. A self taught pianist, Ray has never had a piano lesson, and he can’t read music. And yet, he has written chord charts for fellow members of the various bands he has been a part of… all by ear! His raw musical talent and devotion to gut feeling and rehearsal over book theory are what make him special, and an expert at his craft.

Born as Reinder Hendrik Vanderby on January 17th, 1953, Vanderby’s family relocated from Apeldoorn, Gelderland to Sittard, Limburg, in the south of the Netherlands when he was 4 years old. At the age of 6, his parents decided to migrate to Australia, where they settled in Sydney for 2 years, before finally settling in Orange, New South Wales.

Vanderby’s first experience with music came when he played ‘Heart And Soul’ on piano after listening to it once at the Orange Methodist Church Hall. He played his first show at the Dubbo Myer Store at a fashion show when he was 12 years old, and held a 4-year residency at the Hotel Canobolas, Orange, New South Wales, where he played for weddings. He also began a 4-year apprenticeship as a piano tuner for W.H. Palings & Co. and the Beale Piano Factory. While he was self taught, he studied under Gordon Smee for a few months. Ray was influenced by Keith Emerson, Robert Fripp, Mussorgsky, Debussy, Grieg, Bach and also Jimmy Smith, Andre Previn, Miles Davis and Dave Brubeck. Vanderby also played hymns at the Orange Baptist Church.

Vanderby formed his first band Eros in 1969 with Joe Neiuwendyk on drums, Albert Calvo on guitar, Bob Carroll on bass and Stephen Delaney on vocals. They often performed rock music inspired by Deep Purple, Neil Young and Cactus, along with original songs. Eros entered the Hoadley’s Battle of the Sounds band competition and won 2nd prize in the 1972 regional finale. The band relocated from Orange to Sydney later that year, but disbanded in 1973.

After the members of Eros went their separate ways, Vanderby spent the next few years as a session and touring member for several prominent Australian musicians. This includes touring with the Stevie Wright Band, sessions with the Doug Parkinson Band, a national tour with the Marcia Hines Band, performing with two different line ups of Blackfeather, and a brief stint with Band Of Light.

In 1979 Vanderby formed The Jukes with Mick Radatti on bass, Bill Britton on drums and Colin Bailey on guitar. They signed with Result Records and released the EP The Top Of The Class with The Motivators contributing 2 tracks. Another EP The Jukes was released, which featured Man And Machine. After changing their name to Silent Movies, they released their debut single Don’t Put Me Away in 1981, and recorded an album during this time.

Vanderby left Silent Movies after the album’s completion due to alcohol and addiction problems, to the point of becoming homeless in Sydney. In 1987, Vanderby entered rehab to overcome his drug and alcohol problems, and has been sober and clean ever since.

In 1989 Vanderby formed the group 98 Degrees, with Greg Grant on drums, Ralph Marshall on bass and Don Raphael on saxophone. The band’s video for their single Dream On appeared on “Countdown Revolution”, and played several gigs at the Kardomah Café and the Manzil Room Kings Cross.

In 1993, 98 Degrees became 93-D, and their song Suspicious was awarded first prize at the W.R.O.C./BMG Song Writing Competition, beating over 2,500 entries from around Australia. The band signed with Possum Records and recorded and released Suspicious as a single, reaching the Top 100 in Australia. Vanderby changed the line up and genre to rock, adding guitarist Ted Yanni and Geordie singer Marty Martin. This rock trio recorded a single called Everyday I Pray, but disbanded shortly afterwards.

In 2003 Vanderby formed the rock band “Cosmic Nomads” with Michael Smith on bass, Wayne Davison on drums, and Rod Brogan on guitar. The band released their first album Make Love Not War through Vanderby’s label Majique Music, and performed several shows in New South Wales, but disbanded due to everyone living too far from each other. In 2005 Vanderby released an EP under Cosmic Nomads called Dreaming About You, with session players.

In 2004 he moved to Adelaide where he performed blues gigs, playing the organ and vocals. During this time he released three blues albums under the Black Market Music label: Mockingbird Blues, 5th Dimension Blues and Married To The Blues. He also released a live blues called The Blues Sessions through his own label, and in 2005 he performed in the Melbourne blues scene under the Ray Vanderby Combo, as well as appearing at the Thredbo Blues Festival, the Australian Blues Festival and Bluestone Blues Festival.

In 2006, Vanderby reformed Cosmic Nomads with Con Patogiannis on guitar, Gina Woods on keyboards, Miam Lentini on drums and Anni Lang on percussion. The band released the album Vultress, and performed extensively in Melbourne at The Esplanade Hotel, Cornish Arms Hotel, Noise Bar, National Hotel Geelong, and Ruby’s Lounge at Belgrave. Cosmic Nomads appeared on C31 Melbourne on the Noise TV SBS One Show, and Asylum Music Show Channel 31. In 2007, Cosmic Nomads released their third album Millennium with a new line-up of Kon Zissis and Con Patogiannis on guitar, and Gordon Graham on drums.

Vanderby moved back to Orange in 2008 and recorded the album Orange Not Blue under the name “Ray Vanderby Hammond Combo”. A year later he founded the Orange Jazz Club, the Orange Blues Club, and the band “Roadhouse Rebels”, which released the album Wanted To Be Alive. In 2010, he released two jazz albums under the name “Ray Vanderby Quartet”, titled Amoresque and Narramble Calling, as well as the album Juju under Ray Vanderby Trio. Later that year, Ray would officially found the Ray Vanderby Jazz Quartet from the Orange Jazz Club. The club ran at 3 different venues in Orange until 2016. The Ray Vanderby Jazz Quartet, (sometimes called RVJQ or the Central West Jazz Quartet) provided the music. They also played weddings, functions, night markets, and other such events. For anyone curious in this slice of musical lore, Ray’s official Facebook page, Ray Vanderby Music, has a lot of history, pictures and pics of some special guests who performed hosted on it!

In June 2011, Vanderby decided to teach himself how to play guitar, and reformed Cosmic Nomads. Vanderby himself featured on guitar and lead vocals, Caillan Gilbert featured on guitar, Mick Swift was on bass, and Steve Dickie was on drums. The band recorded their fourth album Damage which included the hit song ‘I Hate You’.

In 2012, Vanderby formed the rock band “Severed Demons”, with Ben Hardie on lead guitar, Jon Carter on bass and Steve Dickie on drums. They released a self-titled EP, and the music video for their single ‘Trelucabeth’ impressed the producers of the ABC program “Rage” – so much so that they made Severed Demons ‘Band Of The Week’. Sadly, differences between two members caused the band to break up.

In 2013, after 40 years apart, Vanderby reformed Eros with Carter and Dickie, and released the album No Desolation through Vanderby’s Majique Records label. Despite releasing the successful single ‘Tripsville’, the band were not overall satisfied with the touring experience, and without a major label backing, they parted ways.

In 2016 Vanderby formed a new rock band called “Corrugated Iron” with Jon Wilby on bass, and Mark Welch on drums. They released the album Magical Land the following year. Wilby left the band and was replaced by Shane Dickerson, and the group released the album Rock Of The Ages in 2018, with the addition Ado Hadson on guitar.

After 50 long years in the industry, Ray Vanderby has no intention of slowing down. He has been working on a new album called Comet 2 Comet, which will be released later this year and is set to be a hit. His collaborations with multiple prominent artists across an eclectic range of styles demonstrates Vanderby’s commitment to Australian music.

Ray Vanderby is an artist with Blue Pie Records USA and is available at all leading digital retailers on the planet. Search “Ray Vanderby”. 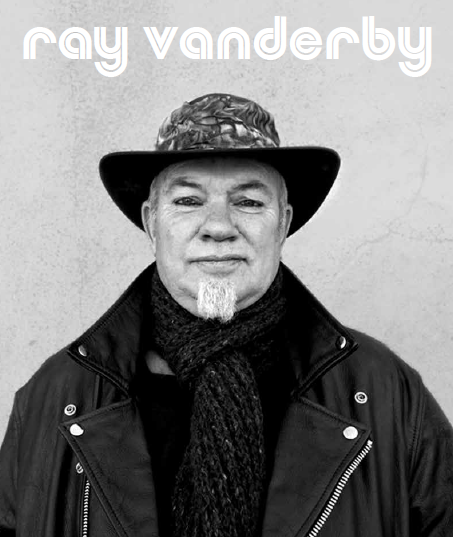